Popular posts from this blog

October 04, 2019
Blackstone CEO Stephen Schwarzman: How to prioritize problems in a business Facebook Twitter Comments Print Email By Blair Shiff Fox Business Reposted by Scott SHields Katy, Scott Shields Houston, www.morganshields.com How to solve a problem in your company Blackstone CEO Stephen Schwarzman shares the best way to solve a problem. Problems arise constantly in businesses, but an effective leader knows not only how to solve each one but how to prioritize them. Stephen Schwarzman , chairman, CEO and co-founder of the largest alternative investment firm in the world Blackstone , told FOX Business the best way to solve a problem. "I think about what the one or two critical factors are," Schwarzman said. "What's creating this issue and how do I figure that out?" He said by determining the root cause of the issue, sometimes it's easier to solve it. Also, he shared it's crucial to determine which problem is the most
Read more 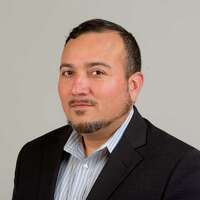 September 29, 2019
Yale professor Stephen Roach jumps on the criticism wagon in his latest comments, including stating that Trump's latest leaked tactics would be 'unmitigated disaster'. Unfortunately, while concluding the unarguable, he, not unlike many in the press and university system, fail to examine long term implications of negotiation tactics. This short-sided view, along with CNBC reporting of it, appears to be more of a methodology designed to criticise and headline, rather than to create a recommendation or create balance. US pulling investment from China would be an ‘unmitigated disaster,’ says Yale’s Stephen Roach Lizzy Gurdus PUBLISHED SAT, SEP 28 2019 8:45 AM EDT US pulling investment from China would be an ‘unmitigated disaster’ U.S.-China trade talks have hit another snag. The next chapter in the saga involves the Trump administration considering cutting back on investments in China , a source familiar with the matter told CNBC Friday. St
Read more