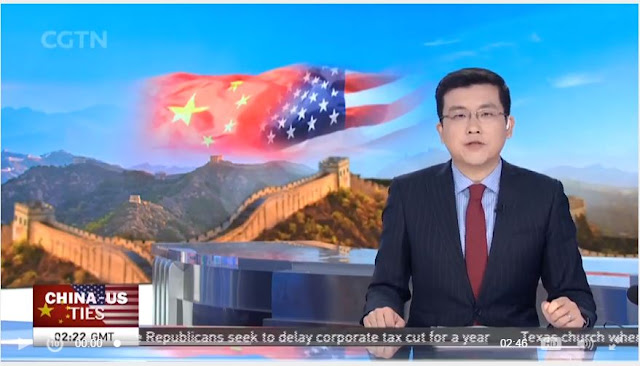 Among the deals announced between China and the US during Trump's visit to Beijing, one major investment comes in US liquefied natural gas - or LNG. CGTN's Nitza Soledad Perez has more on the booming American industry - and its new-found place in China-US trade.
Another US industry gains expanded access to China. Liquefied natural gas, better known as LNG is the new hit product in the American energy sector. It is used to generate electricity, has a lower carbon footprint than coal and it is in high demand in China.
SCOTT SHIELDS PRINCIPAL, MORGAN SHIELDS LLC LNG has become a game changer for the United States for a variety of reasons. First, we have more natural gas, we are the new Saudi Arabia of natural gas.
At least three American LNG companies secured contracts with Chinese investors. Alaska Gasoline Development got the backing of China's top state oil major Sinopec to build a pipeline to move natural gas to Asia. This deal alone will bring more than 40 billion dollars in investments.
Two Texas companies, Cheniere Energy and Delfin Midstream, also brokered long-term agreements for LNG distribution.
In Houston's energy corridor, there is great excitement. Natural gas business leaders are among those who traveled to China as part of President's Trump trade mission.
LANGTRY MEYER FOUNDER & CHIEF OPERATIONS OFFICER, TEXAS LNG This is a win-win. It's a win for China. It's a win for the US. One of the major objectives of the administration is to have a more balanced trade scorecard and absolutely, exporting cheap natural gas to China helps the situation. 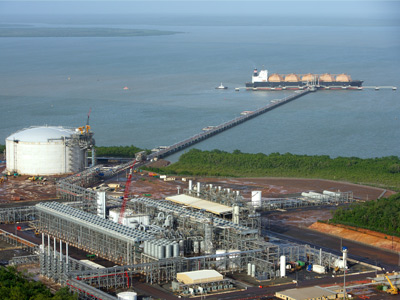 For China, it's about providing cleaner power to a growing population.
ANDREW LIPOW LIPOW OIL ASSOCIATES In China we are seeing increased demand for electricity and that electricity needs to come from clean fossil fuels. So LNG is replacing in many instances coal-powered electricity generation.
The US is a relatively new entrant in the LNG market, facing competition from countries like Qatar and Australia. But some analysts believe the US can dominate the global gas bonanza.
SCOTT SHIELDS PRINCIPAL, MORGAN SHIELDS LLC We are able to do it cheaper and produce it cheaper than anywhere else. If you combine that with liquefied natural gas industry where you effectively decrease the temperature down to a point where it goes from the size of a beach ball down to the size of a ping pong ball, then it becomes economical and competitive with the rest of the world.
The U.S. Gulf Coast could greatly benefit from increased trade with China.
NITZA SOLEDAD PEREZ HOUSTON These deals are expected to bring thousands of new jobs to hurricane-ravaged areas of Louisiana and Texas, revitalizing the US fossil fuel industry, especially here where many are still reeling from recent disasters. Nitza Soledad Perez CGTN Houston.
Copyright © 2017

Popular posts from this blog

October 04, 2019
Blackstone CEO Stephen Schwarzman: How to prioritize problems in a business Facebook Twitter Comments Print Email By Blair Shiff Fox Business Reposted by Scott SHields Katy, Scott Shields Houston, www.morganshields.com How to solve a problem in your company Blackstone CEO Stephen Schwarzman shares the best way to solve a problem. Problems arise constantly in businesses, but an effective leader knows not only how to solve each one but how to prioritize them. Stephen Schwarzman , chairman, CEO and co-founder of the largest alternative investment firm in the world Blackstone , told FOX Business the best way to solve a problem. "I think about what the one or two critical factors are," Schwarzman said. "What's creating this issue and how do I figure that out?" He said by determining the root cause of the issue, sometimes it's easier to solve it. Also, he shared it's crucial to determine which problem is the most
Read more

September 29, 2019
Yale professor Stephen Roach jumps on the criticism wagon in his latest comments, including stating that Trump's latest leaked tactics would be 'unmitigated disaster'. Unfortunately, while concluding the unarguable, he, not unlike many in the press and university system, fail to examine long term implications of negotiation tactics. This short-sided view, along with CNBC reporting of it, appears to be more of a methodology designed to criticise and headline, rather than to create a recommendation or create balance. US pulling investment from China would be an ‘unmitigated disaster,’ says Yale’s Stephen Roach Lizzy Gurdus PUBLISHED SAT, SEP 28 2019 8:45 AM EDT US pulling investment from China would be an ‘unmitigated disaster’ U.S.-China trade talks have hit another snag. The next chapter in the saga involves the Trump administration considering cutting back on investments in China , a source familiar with the matter told CNBC Friday. St
Read more